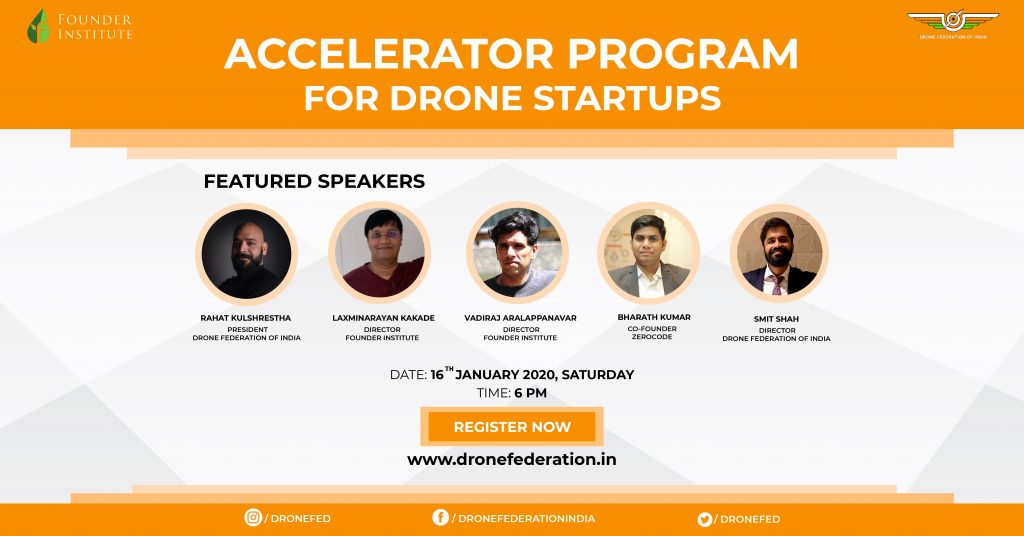 The Founder Institute in association with the Drone Federation of India hosted an awareness session for their flagship accelerator program focused on companies in the drone sector. The proposed program intends to facilitate the building of businesses alongside top startup experts using a proven and structured process, known to have helped some of the world’s fastest-growing companies raise over $950M.

About Founder Institute:
The Founder Institute is the world’s largest pre-seed startup accelerator, having helped launch over 4,500 companies across 200+ cities and six continents. The company was founded in 2009 by serial entrepreneur Adeo Ressi and his colleague, Jonathan Greechan. The idea for the program spawned from operating TheFunded.com, where it became apparent that most entrepreneurs at the idea and launch stages lacked the structure, feedback, and support network needed to be successful.

The first Founder Institute program methodology was crowdsourced by over 10,000 CEO members of TheFunded.com, and the inaugural program started in May 2009 in a small classroom at Stanford University. The program received immense inbound interest that led to its launch in several cities beyond Silicon Valley and now operates across 200 + cities and is localized into 9 languages.